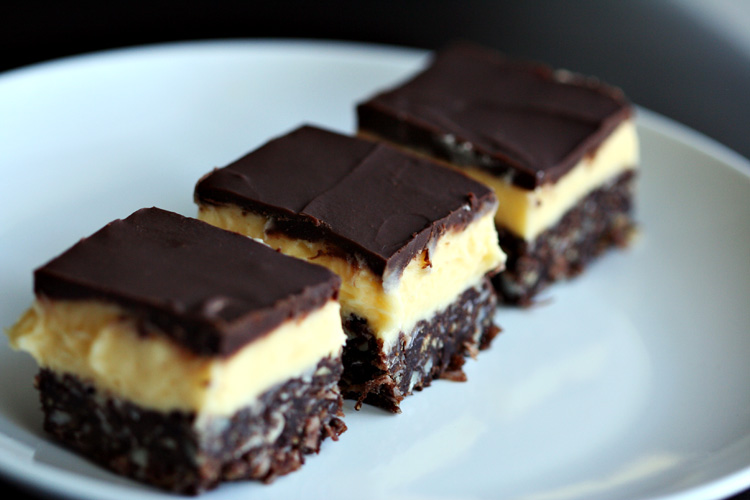 This tasty treat is a traditional Canadian dessert. What I didn’t realize was that it was actually from Canada. Silly me had grown up in Washington state, and just thought everyone had these tasty treats. Naturally they were at the local Starbucks-so wouldn’t all of the Starbucks carry them? Apparently not, it appears that only the Pacific Northwest and Canada has this. Well now all of you Texans can try something new and bite into one of these super sweet and rich Nanaimo bars.